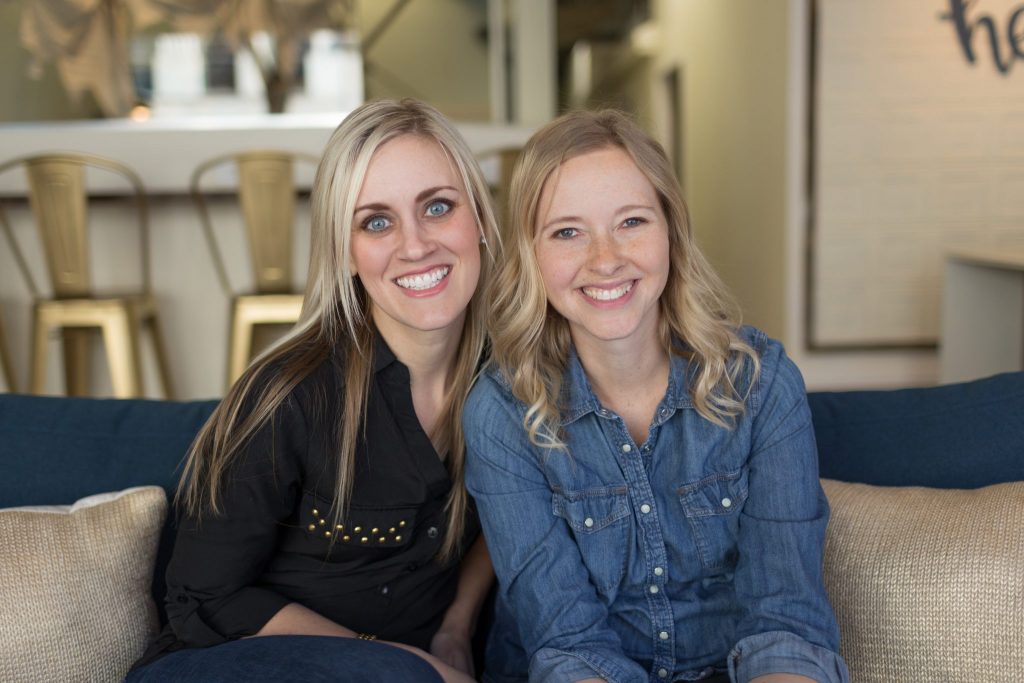 You know those days where you feel like you’ve been so busy that you haven’t sat down, or eaten a meal, or even breathed, for that matter? That’s what I imagine mom life to be like every day. Mind you, this is coming from a former nanny who had just a small taste of the exhaustion that comes with chasing around two active children. Now throw in a job on top of that? How do you do it, moms? How? And at what point do you even have a time to think, “I’d like to start my own business.” After watching Melanie and Heather dive into this adventure at Escape. On Queen, I’m now sure that being a “mompreneur” is a God-given gift, not just a title. Melanie and Heather are not only nurses and full time moms. They’re full time business owners, wives, inventors, creators, caretakers, and if you’ve read the last blog, full time fire-throwing jugglers. They’re mompreneurs (and we love them for that).

It’s nearly impossible to take on the role of a mompreneur in this whirlwind of chaos without coming outunscathed. I mean, there’s a mere 24 hours in a day – how do you do it all? Somewhere between, “Mom can I have a snack,” and “You can print your name here and sign down here,” time is lost… and no matter how you cut the cake there will always be one side the has just a little more icing. They say you can’t have your cake and eat it too but with Escape., that was essentially the dream.

The goal was to create a place where Melanie and Heather could bring their kids to work to enjoy with them – to be able to spend time with them while also creating something that they’re passionate about and proud of. After tucking the kids in bed, they would spend evenings laying out plans and building puzzles. On some evenings, they would put a couple kids in the car and head out for some trash collecting and dumpster diving adventures. And when it came time to print business cards, Lydia (9) had her own as “assistant manager” after volunteering herself as bathroom cleaner. (Don’t worry though, we aren’t breaking any child labor laws or exposing her to unsanitary conditions because, as you can imagine, when it came down to it, having a business card that she could show her classmates was enough).

So how does a 9, 6, 6, and 4 year old help to build an escape room? Well, I’m sure you’re thinking, doesn’t kids in a construction zone sounds like a recipe for disaster? To which I say, absolutely. I won’t deny the fact that we had a few disasters here and there – but that’s for another time. To be honest, in retrospect, the disasters have drifted more to the side of humor and the stress turned enjoyment… but they’re not my kids and they weren’t my disasters so I probably stand alone in that assessment. 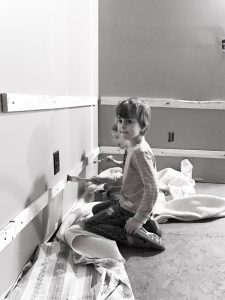 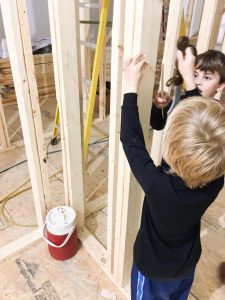 The kids were happy to be here for the building process and would be as “helpful” as kids can be. They would carry hammers and nails if we needed an extra hand and they would lightly touch the end of the boards we were carrying as if they had most of the weight. But really it was constantly saying “okay, now move over there” because they always happened to stand or plop down right where we needed to be. As we moved into our opening, they would come to color, play games, and pull the couch out to a bed to watch a movie – like every kid’s dream, right?

But it hasn’t been all fun and easy-breezy. It’s be a transition for everyone – tears leaving mom, FaceTime calls to say goodnight, and lots of “I just need a day with my kids.” But if you have a cake and want to eat it too, the icing gets everywhere and it’s messy… but isn’t that life? Cake, please!

Ah, that would’ve been such a great close to this blog but alas, I must confess, if I leave it at that, you’re missing the biggest ingredient to a successful mompreneur… because without a supportive husband and family, the dream would stop at swirling thoughts. I’m forever thankful for the extra hands for building, the double-time dads, and the grandparents who lend a hand so my mom friends can chase dreams and do great things. Mompreneurs can’t work alone and I’m so thankful for the families that stand behind them.