Do you remember what it was like to be a kid, living in wonder… before the world had a chance to taint your imagination and preoccupy your thoughts? There’s an alley behind my house that we used to pull our wagon up. Two of us would hop on while one gave the running push before taking the last spot on the back as we soared down the hill. We were flying… FLYING down the hill at top speed. I drive down that “hill” now and when I think about it, I laugh to myself because in our little eyes, those mini incline was like a double black diamond. As kids, we felt the excitement of conquering any adventure – the hill on the alley, the monsters under the bed, catching the robbers, fighting off the villains. We were all superheroes. 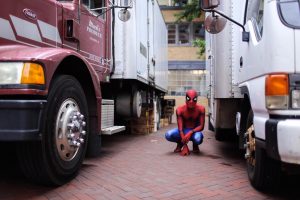 My childhood was lucky. My childhood was different than some. The monsters in the closet, the villains, the really “big” hills… they were just imaginary. Taiven’s childhood has been different. His monsters, his hills, his battles… they’re very real. At eight years old, Taiven has fought through two rounds of chemo, 33 rounds of focal radiation, and continues to battle Ependymoma (a rare form of cancer). I’m amazed by the fact that even through those very real world battles, his imagination hasn’t been tainted. On Saturday, he wasn’t just a superhero… he was a superhero for superheroes – the ultimate superhero. 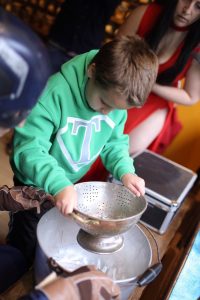 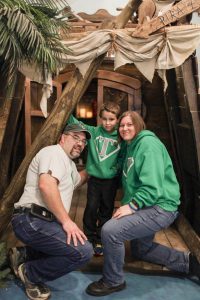 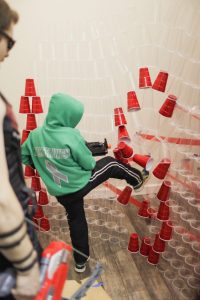 The Central PA Avengers contacted us a few months ago about collaborating with them to create something special and exciting for Taiven. We had a lot going on at the time but as soon as Melanie and Heather heard about it, they were on board. Melanie spearheaded the event for us and she was, as usual, brilliant.

Melanie and Jason had been in contact for weeks, collaborating with other local businesses to make a superhero adventure for the superhero, himself. Every location that volunteered space, time, and talent were incorporated into his adventure. Taiven had no idea what he was in for when he first arrived at Altana. He was greeted by Jason (Captain America) and others as he learned about his mission. Dr. Doom had taken the superheroes captive all around the city and they needed Taiven to save them. 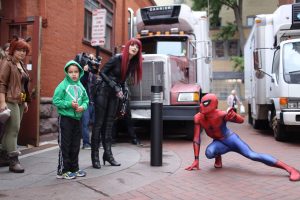 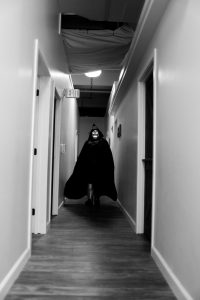 Aurora Films put together an awesome opening video that set Taiven on his mission and they went with him throughout the day to film the adventure (and we can’t wait to see it!). Each location had a puzzle to solve, a superhero, and a case with his next step. From untying Dr. Strange and Electra to saving Squirrel girl after her poisoning; a nerf battle and laser maze, Taiven made it to his final destination to unlock all the superheroes and conquer Dr. Doom with the Infinity Gauntlet. (Although, the highlight for all the spectators was probably the moment when Taiven tried to defeat him with the nerf gun and when it didn’t affect Dr. Doom, he proclaimed “I know what to do!” and promptly walked up to the villain and gave him a good hard poke in the crotch with his nerf gun – sorry, Dr. Doom). 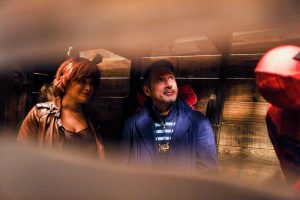 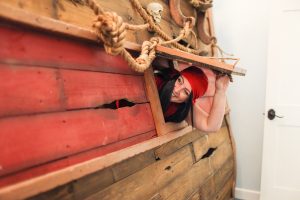 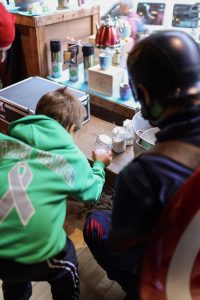 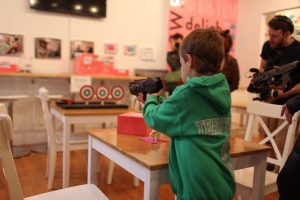 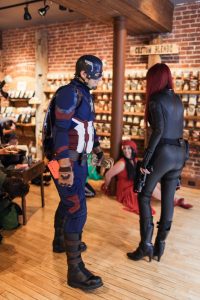 The day was an awesome and uplifting experience. I was filled with an array of emotions from holding back tears to laughing. I’m so proud to be in a community that comes together to create a scene just to give a little boy in a constant battle, a chance to have a real-life, imaginary battle. Everyone in our escape room was so kind, helpful, and eager to make the experience real and authentic. Have I mentioned that I love my job and the people that I work for? Oh, I’ll tell you again. My bosses are fantastic, my job is the best, and Saturday will probably forever be a favorite memory here at Escape. 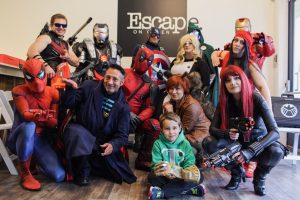 A HUGE shout out to the Central PA Avengers for existing to spreading love, kindness and joy to kids. If you love superheroes and you want to be one (in costume or in spirit) check out the Avengers. Thanks to Melanie for all the puzzle planning, Aurora Films, Altana, The Spice and Tea Exchange, Lancaster Cupcake, Maplehofe Dairy, The Visitors Center, Dominion Pizza, Chad Harnish, Jessica Hoffer, Dave Berk, all the superheroes and volunteers, and the special gift from Sneaker Villa! You people are F A N T A S T I C and the day wouldn’t have been possible without you!